New in Exist for iOS: Correlation picker and sharing

The latest update to Exist for iOS includes three main improvements for correlations:

You can now choose any two attributes in the correlation picker to see if Exist has found a correlation between them. If no correlation exists (ha), we'll let you know. This feature is already available to Exist for Android users, too. 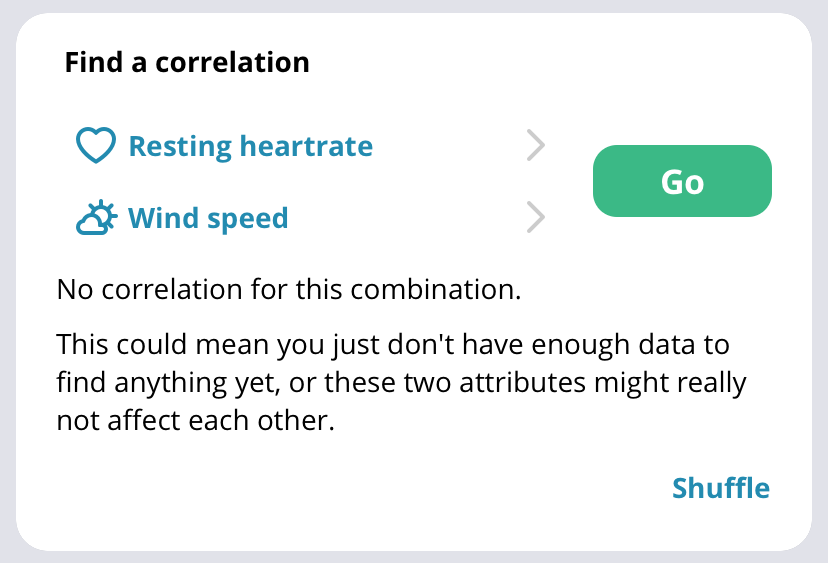 Or, you can use the shuffle button to choose two random attributes and look for a correlation between them.

When two attributes do correlate, you can tap the strength and confidence sections of the correlation description to see a short explanation of each: 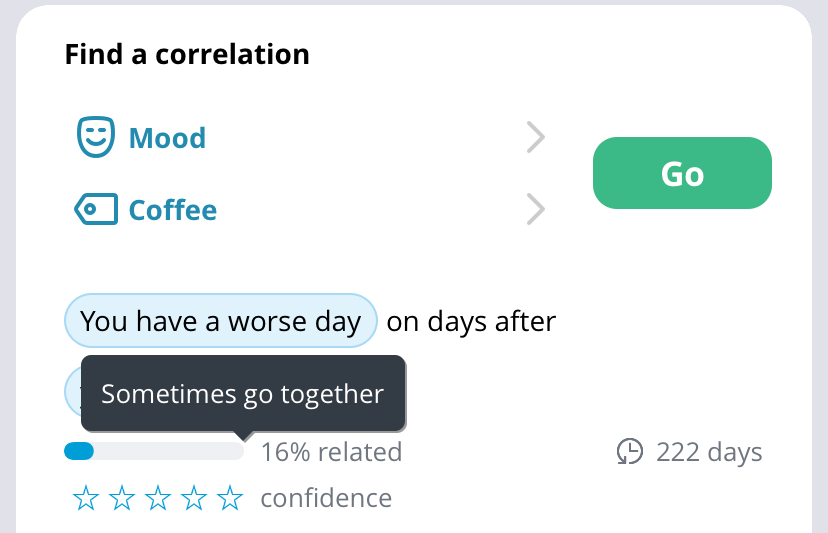 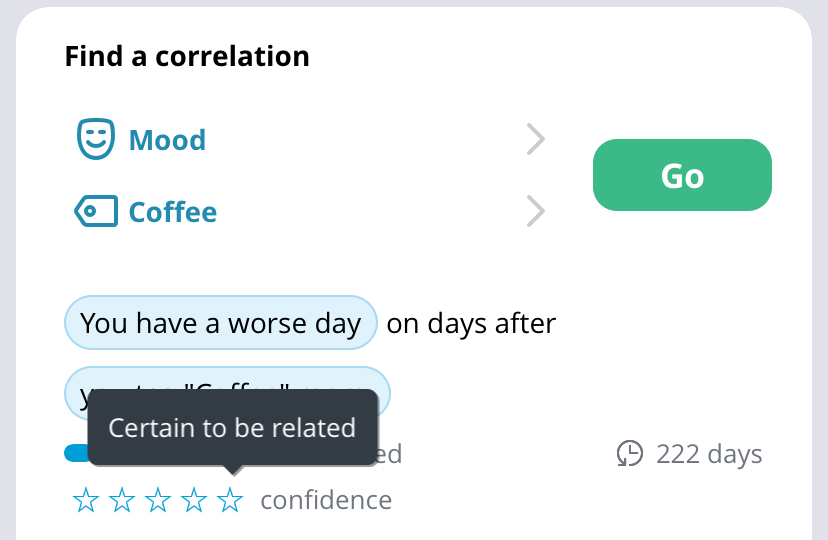 The confidence of a correlation is shown as a rating out of five stars. The more stars, the more sure we are that these two attributes are correlated in some way.

The strength is shown as a percentage (16% in the example above), and tells you how strong the relationship between these attributes is.

You can finally rate correlations in Exist for iOS now (this feature has been on the web and in our Android app for a while). Tap the "Rate" button and choose from two positive and two negative ratings. If you choose a negative rating, you'll stop seeing this correlation throughout Exist (including on the web), unless you use the correlation picker to show it again in future. 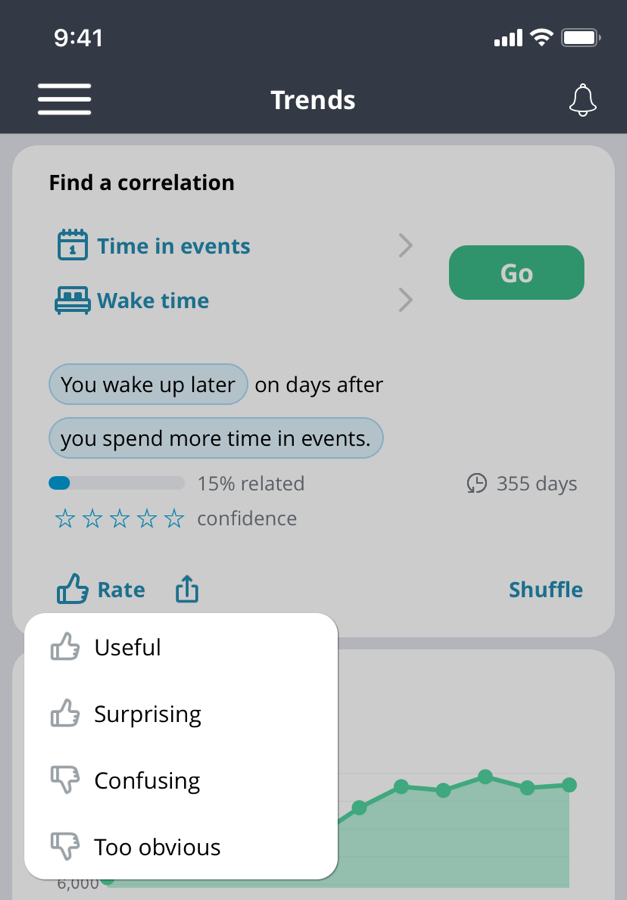 You can now tap the share icon on a correlation to create an image of the correlation and share it to another app or save it to your phone's camera roll. 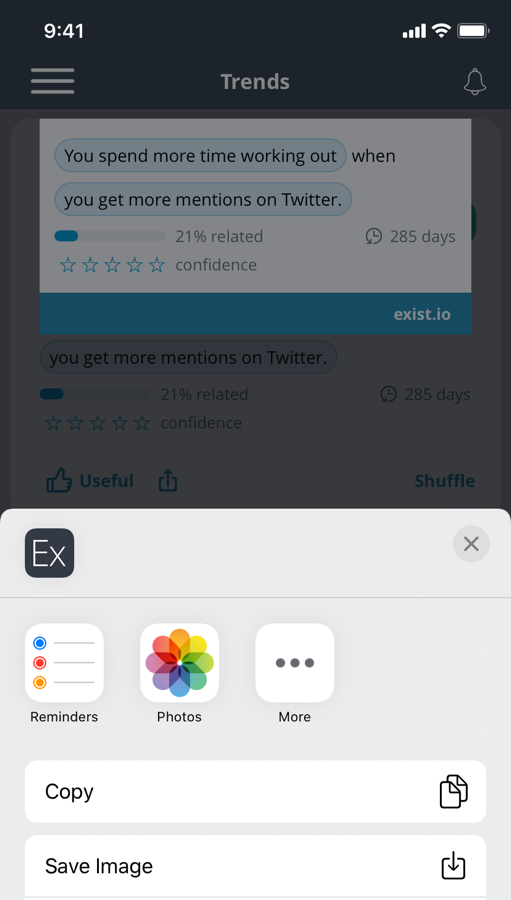 In beta right now we're testing a dark theme compatible with iOS 13's dark mode. Look forward to that one in the next update!