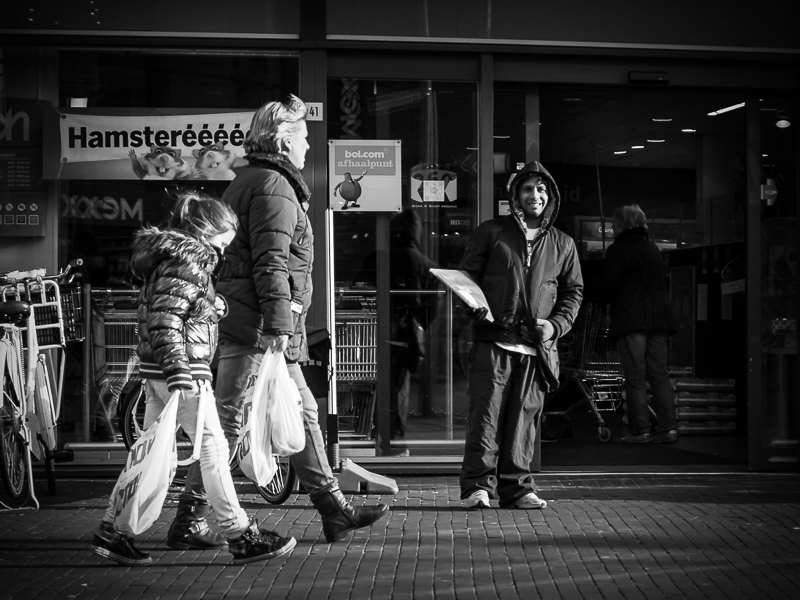 For the past couple of weeks I've been trying an experiment with my Mondays. Rather than making Monday morning my big post-weekend return to work as it is for a lot of people, I've been taking advantage of the flexibility I have to set my own schedule instead. I've dubbed Mondays "head start days", and I've set them aside to do anything that will give me a head start on the week ahead.

That could be catching up on work from last week so it doesn't slow down this week's schedule. It could mean working through my inbox, if that's getting out of hand. I might run personal errands or get some shopping done so that I don't need to stop working to do those things during the week. If I've had a really busy weekend, I might just take Monday to relax and prepare myself mentally for the start of my week on Tuesday.

What I do on Mondays totally depends on what's happening each week, but the idea is that I can choose to do whatever will give me a head start on Tuesday when my work week officially starts.

Some companies have implemented four-day weeks for all their employees. Treehouse is a prominent example that shows not only that four-day weeks are possible at a big company but that they won't hold you back, either. All 70 employees at Treehouse work four-day weeks and the company is pulling in yearly sales of over $10,000,000 and growing yearly revenue by 120%. Just as important: Treehouse employees are happy. Happy enough to turn down jobs at major tech companies like Facebook, at least.

We don't like trying new things, though. A Forbes article from last year said only 7% of employers in the U.S. offer a four-day workweek option to all employees.

For companies that do, Friday seems to be a popular choice for the extra day off. While it might make me keen to start work again on Monday, I like the feeling of getting a head start rather than fitting things in before the end of the week.

Getting things done on weekdays

One thing I always found frustrating when I worked in jobs that gave me weekends off was that a lot of errands are impossible to do on the weekends. There's a strange phenomenon in Australia (and possibly elsewhere, though I haven't confirmed this) that certain places where you often go to run errands (e.g. banks, post office, government offices) are only open while most people are at work. This means they usually fill up with rushed crowds of people trying to organise their lives at lunchtime.

Having Mondays free for these kind of errands means I don't have to panic about how to squeeze them in on work days. My co-founder Josh actually started me off with this idea, since he uses Mondays to get groceries and run other errands before starting his work week on Tuesdays. We both tend to be out getting things done on Mondays, which works well since neither of us expects the other to be working on Exist all day.

There's a big difference between a two-day and a three-day weekend. If you've ever worked in a job where your "weekend" was split up so you had two single days off during the week, you'll know that it doesn't equate to having two days off in a row. When you have a whole weekend away from work, it often takes a full 24 hours after you finish work on Friday afternoon before you hit peak relaxation time. And when you know you're going back to work on Monday morning, your Sunday night is full of tension as you anticipate the end of your weekend (although Mondays aren't actually as bad as we think they are. Which means from Saturday afternoon until Sunday afternoon, you really only get one full day's worth of relaxation.

Having a three-day weekend extends that time so you can enjoy 48 hours off switched-off-from-work enjoyment. It also relieves the tension that comes from doing or thinking about work on the weekend. If you only have 24 hours of true downtime, you don't want to give up any of that to work. When it's doubled, you have a bit more freedom to deal with emergencies at work or simply think about work without feeling like you're wasting what little time off you have.

Studies have found that having weekends to relax not only makes us happier, but healthier, too:

Far from frivolous, the relatively unfettered time on weekends provides critical opportunities for bonding with others, exploring interests and relaxing — basic psychological needs — Richard Ryan, professor of psychology at the University of Rochester

One study on why people are happier on weekends found that autonomy and relatedness have a large part to play. On weekends we have more control over what we do (autonomy) and we often spend time with people we're close to (relatedness). Compared to the external pressures many of us feel at work during the week and the weaker relationships we have with colleagues versus our friends and family, weekends tend to rate far higher than weekdays for these two things.

So even though I may end up working on Mondays, I have the freedom to do other things that will give me a head start to my week, and I sometimes use Mondays to spend time with friends I don't see on weekends. That means I start each week with a high level of autonomy and relatedness.

I'm comforted by Treehouse's example of how much you can achieve in a four day workweek, so as long as I'm keeping up, I'll stick with my Head start Mondays.